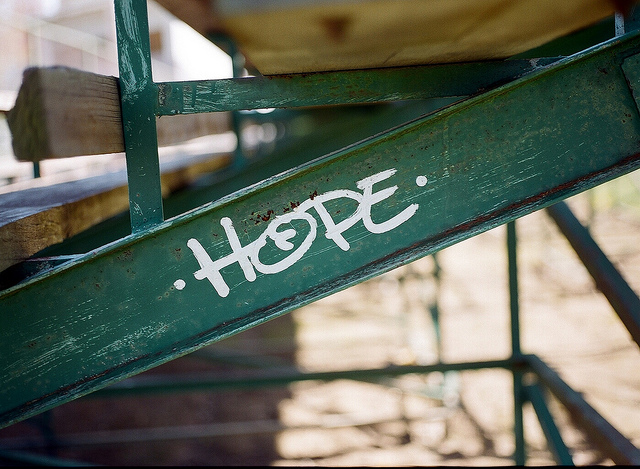 We often hear of a particular group of people called ‘They’. ‘They’ say, “When there is life, there is hope” and I think that my stay here on earth has given me an idea of what that means. Let me explain;

A few weeks ago, I fell terribly ill and I will not lie, it scared me.  I became seriously incapacitated, there was so much I could not do. As if that was not bad enough, my parents and their friends put me under pressure to get better. During that period, a friend of mine called me and said,

That sort of question is usually not thought-provoking but it made me think. I was sick to the brink of death but I was not dead, at least not yet.  So I replied, “I am alive”. He laughed at what he thought was a joke but you and I know what I meant. I was in a serious situation, my world was slowly crumbling to pieces. All I could see was this huge dark cloud and life seemed like it was coming to an end. That morning, I was reminded that though my vitality may seem like it was fading away as long as there was some vestige of life in my body, the fight was far from over.

At the start of 2017, many of us might have put together a list of things we intended to accomplish within the space of these 365 days – I know I most certainly did. 243 days down the line and I am yet to accomplish any of those goals. In fact, all I have had this year is drama, stupid and pointless drama but that is a story for another day.

In the 243 days that have passed this year, a lot has happened. Many people have lost their lives and there still are other lives that will be lost. And I realise how dark and counter-encouraging that may seem but I want you to consider it as a reminder of how fleeting life is. There is no assurance of exactly how much time you have left to live, so I suggest you do not waste it.

You need to get out of that prison that the circumstances of life have put you in. You need to get out of that cage your mind has put you in. Yes, a lot of time has been wasted, nonetheless, it is not too late to go after what you want. Do you know why? It’s because you are still alive. Instead of crying and whining about the time that has passed, get up and start working towards your dream. You might not get to finish the goal by the year’s end, but you would have taken the first few steps of the journey of a thousand miles.

So wipe your tears and take your life back. Has life kicked you down? Get up and fight back. No matter what happens, no matter how tough it gets, keep pushing. It would be unfair to deprive the world of the wonderful drama that will be your success story. When something bad happens simply think of all the ways it could be worse so you can remind yourself of hope, that’s what I do.

So I implore you today, go chase your dreams and whatever you do, make sure you do not give up.