THE AFRICA WE WANT: The Seven Aspirations 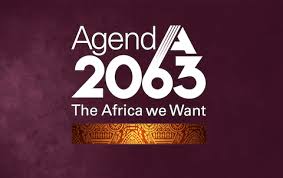 Every African child born in and before the millennium knows one or two things about The UN Sustainable Development Goals (SDG 2030), but how well do we know the African Union Agenda 2063?

Let’s just say the Africa Union is a United Nations exclusive to Africa. It consists of 55 member states and has its headquarters in Addis Ababa, Ethiopia. It was founded in form of a replacement of the Organization of African Unity (OAU) which officially disbanded in July, 2002.

In 2013, the heads of state of the AU created the Agenda 2063 in a bid to make Africa the global player. The goals of Agenda 2063 are to transform all nations of Africa into peaceful, democratic and innovative powerhouses. This Agenda 2063 contains objectives known as ‘The Seven Aspirations’, which are crucial to the success of the agenda.

The Seven Aspirations are thus:

+ A prosperous Africa based on inclusive growth and sustainable development

+ An Africa of good governance, democracy, respect for human rights, justice and the rule of law

+ A peaceful and secure Africa

+ An Africa whose development is people-driven, relying on the potential offered by the African people especially its women and youth, and caring for children

+ An Africa as a strong united, resilient and influential global player and partner

Each of these Seven Aspirations is keys to Africa’s future at a global level. Their actualization would indeed accelerate Africa, placing us amongst the global powers.